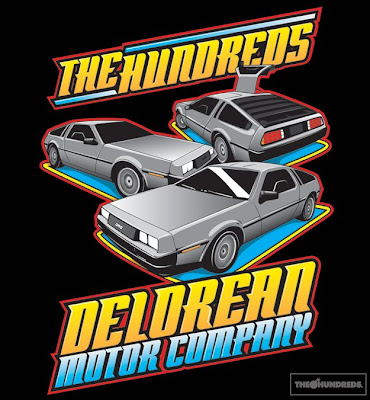 Bobby was telling me about this dream collaboration of his a few months ago... I'm happy to see this come to life! 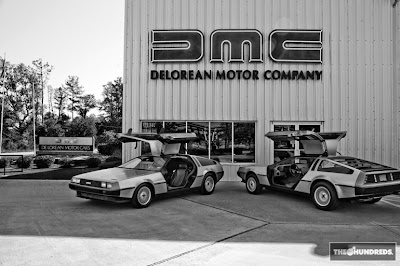 DeLorean Motor Company is located deep in a rural suburb of Houston, Texas. Literally, right off a dirt road. Yet, they still get eavesdroppers and lurking visitors on a daily basis. Parents teaching their kids about a pop culture relic, Japanese tourists armed with cameras, and of course, the DeLorean fanatic like me who is in 7th Heaven. 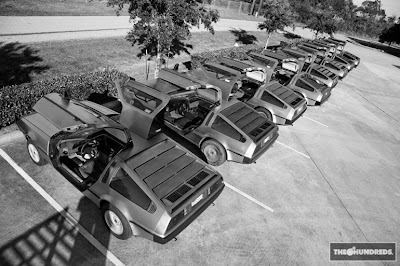 After the demise of the original DMC, British businessman (but mechanic at heart) Stephen Wynne moved in and not only acquired the rights to the DeLorean name, but all of the original blueprints to the car, and the entire original parts stock from the Ireland factory. ..moving it all to DeLorean’s new global headquarters in the smalltown of Humble, Texas! Situated smack in the middle of the country, the factory is surrounded by a rural neighborhood and looming freeway overpasses, yet it is THE source for DeLorean parts, refurbished DMC-12s, and even “new” built cars (that number at approximately 12 a year). 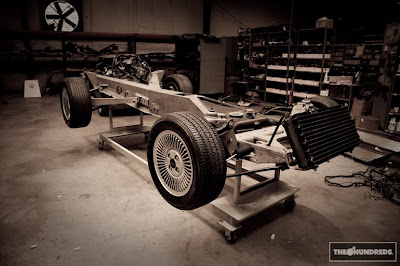 The skeleton, right down to the chassis. 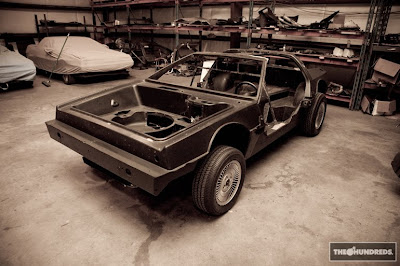 If you strip a DeLorean DMC-12 down, this is what you’ll find. As you may have already noticed, the engine is in the car’s hindquarters, and the trunk is under the hood. Maybe not so ideal for getting rear-ended, but awesome nonetheless. 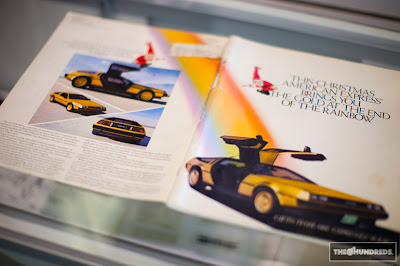 One of DeLorean’s greatest stories is the legend of the gold car. In 1981, DeLorean and American Express worked on a cross-promotional campaign to introduce the Gold Card to the public. You could purchase a 24k-gold-plated DeLorean for $85,000, but you had to buy it on an American Express Gold Card. They planned on making 100 cars.

Only 2 were ever purchased. 1 sat in a bank vault in Texas for years, before being donated to the Petersen Automotive Museum right down the street from THLA on Fairfax. The other is sitting at Harrah’s in Reno. It was bought by a doctor who used the gold DeLorean as a daily driver on his commute into San Francisco. But he eventually had to give it up because the insurance on a gold-plated car was exorbitant (Ya think?). 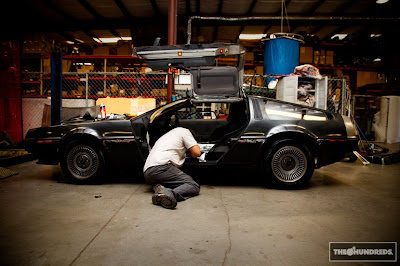 Justin is working on Cameron’s new project, an all-black DeLorean with an all-black interior. Again, never been done before, but coming along oh-so beautifully. 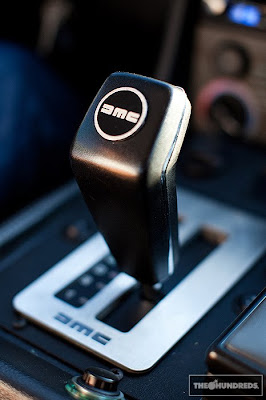 There are many signature accents that are unique to a DeLorean. 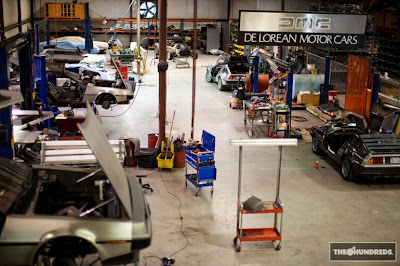 Since DeLorean stopped making production vehicles in 1982, the folks at DMC purvey refurbished cars for their niche clientele. Of the 9,000 original automobiles made, there are estimates that 6,000 or so still exist. But most aren’t on the road, they’re decaying in backyards and (believe it or not) barns.

DMC digs these cars up and fixes ‘em with authentic DeLorean parts and fixtures from the original factory. They will also make “built” cars, meaning they will strip the car down to its core, then rebuild it with all brand-new materials. This is where the DMC purists complain, because the factory is willing to install modern-day conveniences like iPod players, Bluetooth, and finer interiors, but for the rest of us, it only makes sense. 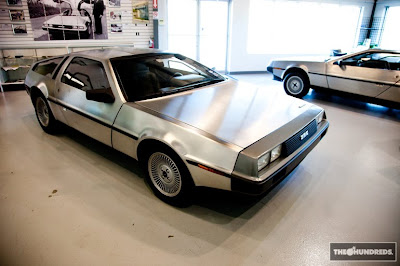 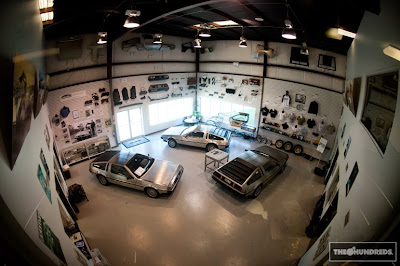 Inside the showroom is also the DeLorean Museum, chronicling the story of the legendary car and the mythology enveloping its creator and legacy. 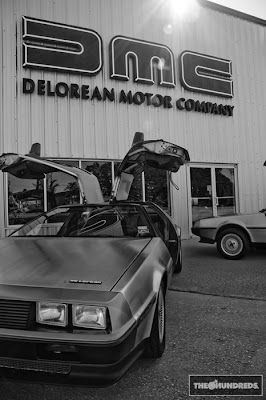 Funny cars, although the design is not very much.

Thanks for sharing this post, now that i know your blog I will read from it more often,very nice and so true

Really great post, Thank you for sharing This knowledge.Excellently written article, if only all bloggers offered the same level of content as you, the internet would be a much better place. Please keep it up!

Hey, there is really much worthwhile material in this post!

Great post. I think one of the basic things that we should know know is that we must always make sure that you are safe in every transactions you wanted to indulge with.