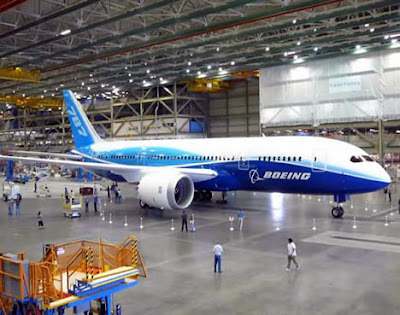 Boeing has announced their much-delayed 787 Dreamliner airplane will finally make its maiden flight later this year. It's still just a test flight, meaning customers who have been patiently waiting for the reported 840 orders to be filled will have to continue waiting. The plane is roughly two years behind schedule.

Speaking of two years ago, here's some older concept work BMW Group DesignworksUSA did for the 787 to drum up early interest. The designers came up with a sort of split-level ranch with wings, a plane that a literal high-flyer could live and work in--with nineteen friends in tow. 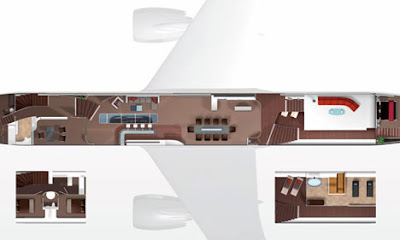 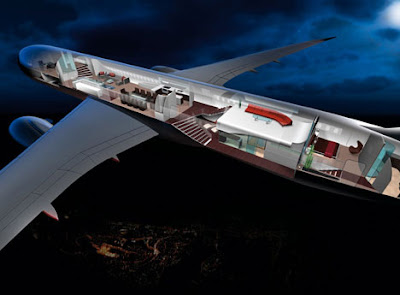 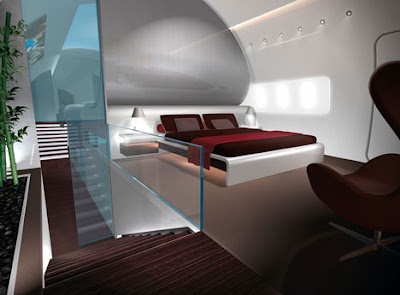 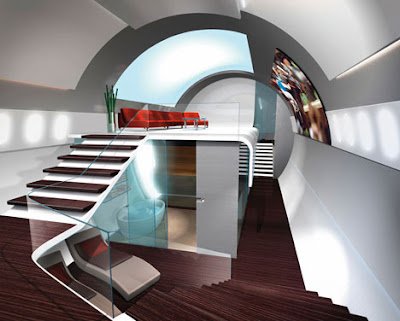 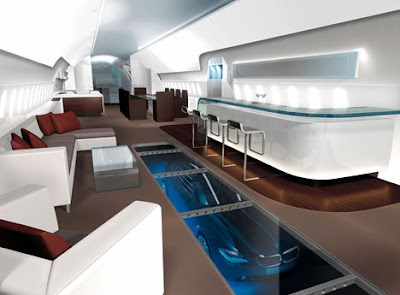 By dipping into the cargo bay and with the liberal use of staircases, plenty of room has been created for a master bedroom, master bath with freestanding tub, a conference area, guest suites, a large-screen movie theater, a gourmet kitchen, office space, a cocktail bar, you name it. There's even one area with a glass-bottomed floor so you can look in on your car (a BMW) stowed below deck. The only thing this plane is missing is a room to torture James Bond in.