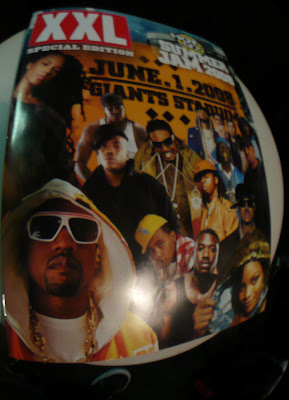 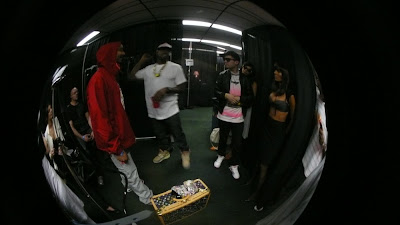 Don, Air 'Ye, A-Trak, Kid Sister and Rita G going over the plans for the show 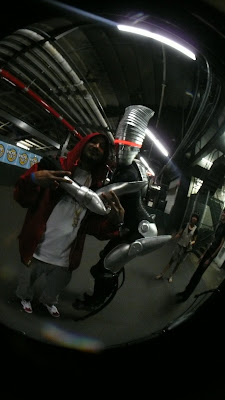 Don getting some robot love 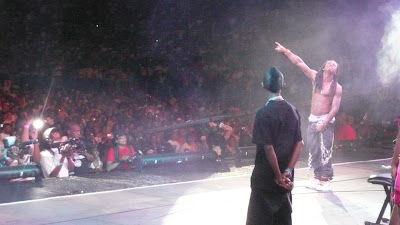 Young Wayne... Don't forget to get The Carter III on June 10th 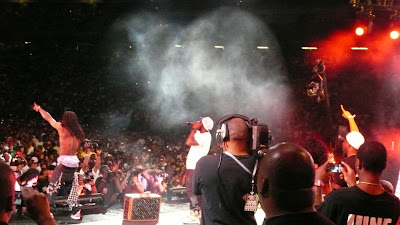 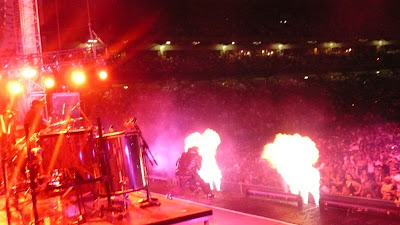 Update:
Someone asked why I'm calling Kanye "Air 'Ye". It's because Kanye has his own Nike "Air Yeezy" shoe (The ONLY non-athlete to have his own original Nike shoe). People knew Michael Jordan as "Air Jordan", so Kanye's new name is "Air 'Ye" or "Air Yeezy". He has 10 Grammys, the best live show, and nobody can make a better quality album than "Graduation". So he is the "REAL" Michael Jordan of the rap game. Kanye is the best alive, no rapper's statistics can compare to his...
Posted by FERRARi MURAKAMi

why are you calling him air'ye?
that looked pretty awesome

i heard this was one of the best summer jams to date.....
Yahoo IM: tr3sDosUno

yo, are the AIR YEEZY'S out yet??? Dope pics though and that fish eye lenz is mad ill!

For more pics go over to my site
www.villageslum.com